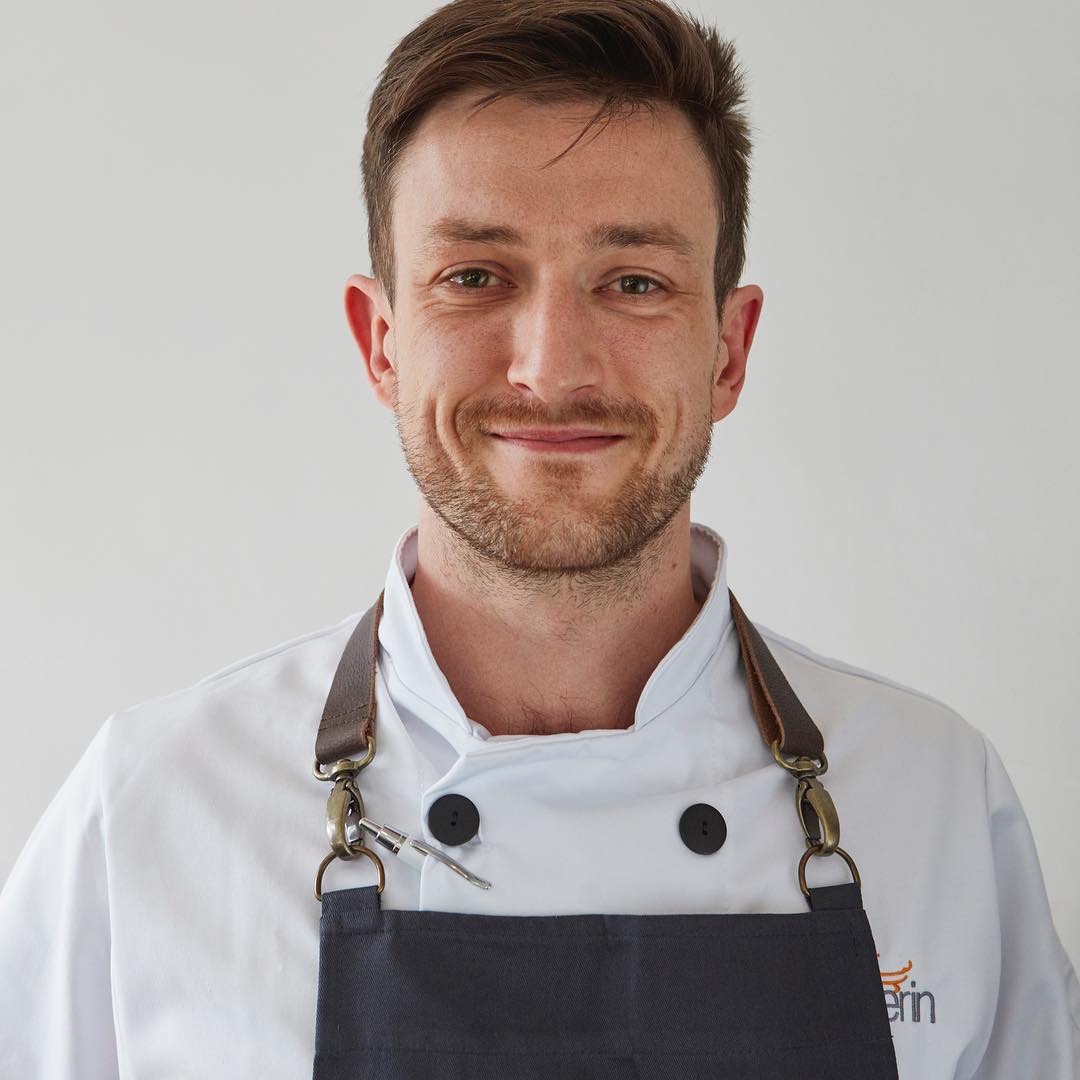 The Roux Scholarship is the premier competition for chefs in the UK and ranks among the most prestigious in the world.

Lewis was successful in being selected as one of the eighteen regional finalists following a paper application in which he submitted anonymous recipes. These were judged in order to decide who would go through to the next stage of this very prestigious award.

Following the regional final in London Lewis was one of six talented chefs chosen to compete in the final round. Each chef was given a mystery box of ingredients and three hours to decide on their recipe, to cook and present their dish. Lewis created monkfish blanquette and langoustines with saffron basmati rice, garnished with seasonal vegetables and asparagus - served two different ways. Two portions were plated and two portions served in a cast iron casserole (a nod to its Bourgeois roots), and placed in front of the panel of 88 judges. “The dish is to be based on a classic but there’s a lot of room there for imagination. We want to see your personality in the dish,” Michel Roux Jr. told the finalists at London’s Westminster Gateway College.

The panel was made up of Peter Gilmore, Alain Roux and Michel Roux Jr. as well as Brian Turner, James Martin, Sat Bains, Andre Garrett and Clare Smyth – you could say an intimidating crowd to please but Lewis took it in his stride and made us all very proud of his accomplishments, steady mind and culinary creations!

Despite not taking the ultimate prize, this was an incredible accolade for Lewis who works as a Sous Chef at one of our prestigious contracts in the city “I always thought I’d never be ready, but this year I thought, why not go for it? You’re always better than you think you are. It was really good, in fact. Stressful, yes, but brilliant. Getting to the final was a real ego boost.”
Phil Roker, Owner | Managing Director, says ‘It’s a real honour for Vacherin that Lewis has been recognised for his aptitude to create dishes at this level amongst other esteemed chefs whilst under immense pressure. I have no doubt that he will continue to impress and influence with his culinary flair at Vacherin.’

Posted by Vacherin on 23 Apr 2019
Back to What's Cooking?
CATEGORIES